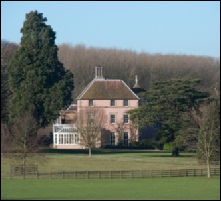 There are three separate but related Tearle families in Toddington: two families descended from John 1741 of Stanbridge and Martha nee Archer and the other family (the Marlow/Tearles) descended from Joseph 1737 of Stanbridge and Phoebe nee Capp. Let’s start with the story of the children of William Tearle 1796 of Stanbridge and Catherine nee Fossey of Toddington. William is the father of the family which descends from John 1741. He married Catherine Fossey on 29 Jan 1824 in Toddington and from some family stories it seems she was often affectionately referred to as Kitty.

Here they are on Lodge Farm Toddington in 1841, working for William Martin, farmer.

By 1851 they had moved to Parsons End. William was still an Ag Lab, and Catherine, Sarah and her little Joseph had become straw plaiters, like most other Bedfordshire families.

Kitty died in 1854 and William remarried on 07 Mar 1858, in the Hockliffe Chapel, to Elizabeth Ireland of Toddington. In the 1861 Toddington census, they are living in Dunstable Street with a lodger

In the 1871 Toddington census they are living with three young lodgers, in Prospect Place.

William died on 11 Sep 1873, in Prospect Place, Toddington. Here is Elizabeth in 1881, host to a young visitor, a Bonnet Sewer, in her house on Dunstable Road.