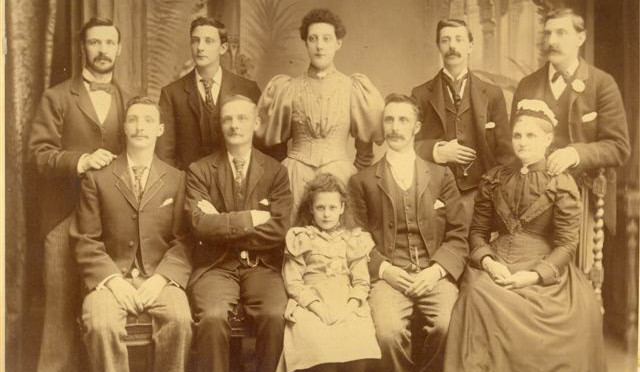 I first came across a Tearle family living in Preston when I discovered Charles Tearle, who had been killed in France in World War 2

Here is his service record from the Commonwealth War Graves Commission

This memorial is, of course, in France, but Charles 1894, Preston, was the son of Charles 1858 Preston and Jane nee Fletcher. He died, along with more than 7000 British and Commonwealth forces, in the Battle of Cambrai, Nov and Dec 1917. Through his grandmother Sarah Tearle 1832 of Leighton Buzzard, he traces his ancestry to Joseph 1803 of Tebworth and Mary Ann nee Smith, and through them to Richard 1778 and Mary nee Pestel, which puts Charles on the branch of Joseph 1737. Joseph 1803 made the trek to the North when his own son, Joseph 1838 of Leighton Buzzard married Sophia Kibble. Her mother, Elizabeth, took them up to Preston, probably for a better life but also so she could be with her own family.

My involvement with the Preston Tearles started with the entry above of young Charles who was killed during WW1 in France. Then Richard sent me a report from CemSearch of all the graves in the Preston Cemetery. You can see the report on his Yahoo site, the link for which is on the last page. I found Charles in that list then I found the death of Joseph Tearle aged 90 and I sent off for the certificate. Here are the details:

Using this certificate as a starting point, I developed a theory on the origins of the Preston Tearles.

Let’s start near the end and work both ways. According to the CEMSEARCH records “Report for Tearle in the Preston Cemetery,” Joseph Tearle died in Preston 1902 aged 64. There he is in the 1901 census at 34 Maitland St, Preston, living above a grocers shop, aged 61 with Sophia (63) and daughters Elizabeth 28 and Mary A 17. He records his place of birth as Beds Leighton Buzzard.

Now here’s the first part of the theory. Mary Ann nee Smith is wife to a Joseph and mother to a Joseph as well. Perhaps the name of this last girl is a hint that Mary Ann nee Smith is the mother of this Joseph. Also you may notice that the numbers don’t tally. In 1901 he is 61, but in 1902 he is 64. In the same records there is the death in 1889 of Joseph Tearle, 90, father of Joseph, above. Since he is the father of Joseph Jnr, and we think Joseph’s mother was Mary Ann nee Smith, then Joseph Snr must be husband to Mary Ann. We also notice in the cemetery record the death in 1895 of Elizabeth Kibble, 83, mother of Sophie.

In the 1881 census I found Elizabeth Kibble, mother of Edwin Kibble and his family, with young Charles Edward Tearle (Preston) 21, nephew.

So the Kibbles and the Tearles kept close links. Also in the 1881 census in Preston is Joseph 1798 (ie Joseph Snr) born Beds Tebworth (transcribed Searle, but our man, all right) in the household as father-in-law of William Smellie, so Phoebe 36 (1845, from LB) William’s wife, is Joseph Snr’s daughter and Joseph Jnr’s sister.

We now know that Joseph Snr’s family must consist of Mary Ann nee Smith, Joseph and Phoebe, who must be younger than Joseph Jnr. Since Joseph and Sophia are an unusual name for a couple, we’ll keep our eye on them as we work backwards. In the 1871 census, George 1825 and Maria are in Holbeck, Leeds, while there is a Jabez 1853 Stbg in Shipley, Yorks, labourer for an engineer – this is Joseph 1798 of Stanbridge and Maria nee Millings’ boy. Is it looking for work that’s driving them North?

Also in the 1871 census we can see Joseph 1803 Teb living with Phoebe Smellie. This is Joseph Snr and his daughter.

In the 1861 census there are some nice little tie-ups: Joseph (1850) in Leighton Buzzard (LB) and Sophia 23 have little Charles 1 at their knee (born in Preston) and are living in Preston with Elizabeth Kibble as head of the house and Edwin her son 10yrs.

This is definitely Joseph Jnr from above, but you do have to wonder how his age can swing so far in just 20yrs.

In the 1851 census in Lammas Close, Leighton Buzzard, there is a Joseph 1803, widower, of Tebworth, father, living with George 24, LB, Maria 21 and Julia 6m. More tellingly, also there on that night was Phoebe 6 LB, sister (of George) and Charles 2 LB, brother – of George.

A short distance away in Vandyke Rd, Leighton Buzzard (look up Multimap) living as brothers-in-law to John Sharpe are Thomas 1837 and Joseph 1839. This means Ann Sharp was Ann Tearle 1823 LB. This is the daughter of Joseph and Mary Ann.

So we now know that Joseph Snr’s family consisted (at least) of Ann 1823, George 1827, Thomas 1837 Joseph 1839, Phoebe 1845 and Charles 1849. There are other christenings for Joseph and Mary Ann nee Smith, but since they haven’t shown up in this story it is not necessary to list them. Also, don’t take too much notice of the ages; in 1841, Ann and George were both 15. This list is independent of the Leighton Buzzard christenings and has been compiled by working backwards; This family is without doubt that of Joseph and Mary Ann nee Smith.

Now, in order for this story to hold up, Mary Ann nee Smith must have died between 1849 and census night 1851, and eventually I found Mary Ann’s death certificate:

When telling the story of the Joseph Tearles you have to be careful that you don’t mix up Joseph and Mary’s Joseph (1838 LB) with Joseph and Maria’s Joseph, 1836 Stbg. George and Elizabeth of Tebworth also have a Joseph born 1829, Tebworth, and we distinguish this Joseph because his father is not Joseph and he was not born in LB.

The Preston Tearles are definitely Tearle Country Tearles; they are the descendants of Joseph Tearle of Tebworth, born about the turn of the 19th Century. He certainly was not born 1798 nor was he 90 when he died. If we take his age in the 1841 census, that makes him born as late as 1806. I am quite confident that the tree is correct; Joseph 1798 was from Stanbridge and married Maria Millings.

So now we need to search the Tebworth/Chalgrave records to find Joseph 1860-ish. There’s a nice big gap there between Phoebe 1803 and William 1814, children of Richard and Mary nee Pestell…. and a large number of the descendents of Joseph 1737 and Phoebe nee Capp called a daughter Phoebe.The original Joseph was Joseph 1803 (he changes his age with each census, but this is him) one of the unbaptised children of Richard 1778 of Stanbridge and Mary nee Pestel.

As a result of a lot of discussion and a full review, I have ended up with this family for Richard and Mary:

Joseph 1838 married Sophia Kibble and they are housed by Sophie’s mother Elizabeth Kibble, who takes them up to Preston, where many of her family live. Joseph’s father and Phoebe his sister follow them. While she is in Preston, Phoebe meets and marries William Smellie of Preston. Sarah 1832 has a boy Charles and then goes up to Preston and marries Thomas Hoole from Manchester. She has two children by him and dies in Preston, aged 53.

Young Charles marries Jane Fletcher and has, amongst others, Pvt Charles Tearle who is killed in France in 1917.

Those are pretty bare bones, but that’s it. All the Preston Tearles in the CemSearch report of the Preston Cemetery are the family of Joseph 1803-Ish, born in Tebworth. The Tearle Family group was taken at 69 Calverley Steet,Preston approximately 1898 and is as follows: Back Row: (Left to right) Edwin, Joseph, Elizabeth, Thomas and George (Edwin is either Edwin Kibble or Edward Tearle, and I have no record of a George) Front Row: Alfred, Joseph (father) Mary Ann (age 14) Charles and Sophia (mother) This photo was sent to me by Hazel of Preston, for which I am deeply grateful. The wedding photograph is of Mary Ann Tearle (the youngest daughter daughter in the photo above) to Henry Gillgrass Parker (couple on the left).
This photo was also sent to me by Hazel of Preston

Hazel also went on a field-trip to the Preston Cemetery and transcribed the following information from the three headstones still standing there:

The first is the family of Joseph 1838 LB and Sophia nee Kibble. You can see listed here Joseph 1803 Tebworth, his father.

This is Charles Edward 1860 Preston, eldest son of Joseph 1838 and Sophia, above.

This is Charles 1858 Preston, son of Sarah 1832 LB, who was an elder sister of Joseph 1838 above. His wife was Jane Swarbrick. One of their sons, Charles 1894 Preston, as you can see from the inscription, was killed in WW1.

Charles was killed during the Battle of Cambrai, which started on 20 Nov 1917. When the Germans regrouped and attacked on 29 Nov, after initial Allied success, Charles was killed in the following 5 days of fierce action. Cambrai Memorial was established to commemorate those who have no grave. A railway porter, he is remembered by the LNWR memorial in Euston Rd, although there are no names on it. Around the base of the monument there are four over-sized bronzes of military men; a sailor, an infantryman, an airman and a gunner. I understood that there was a list of about 3500 names of railway employees killed in WW1 associated with this memorial, and I spent a day around the station trying to find it. Eventually, I discovered that the names had been collated and printed in a book, a copy of which was given to the family of every casualty. It would be interesting to know who of Charles’ family the book was given to, and whether it still exists. I would love to see it.

Suffice it to say, that the Euston memorial will have to speak for Charles, and now that we know at least some of his story, and the history of his family, we can be assured that we will not forget him, and that we will always remember the sacrifice he made for his country and his family.

See the story of James 1862, the soldier, who is buried in Cardiff.