A wedding in Hawaii 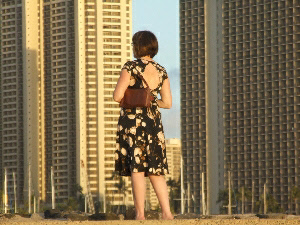